Home / Storys / How to measure and compare LED moving lights 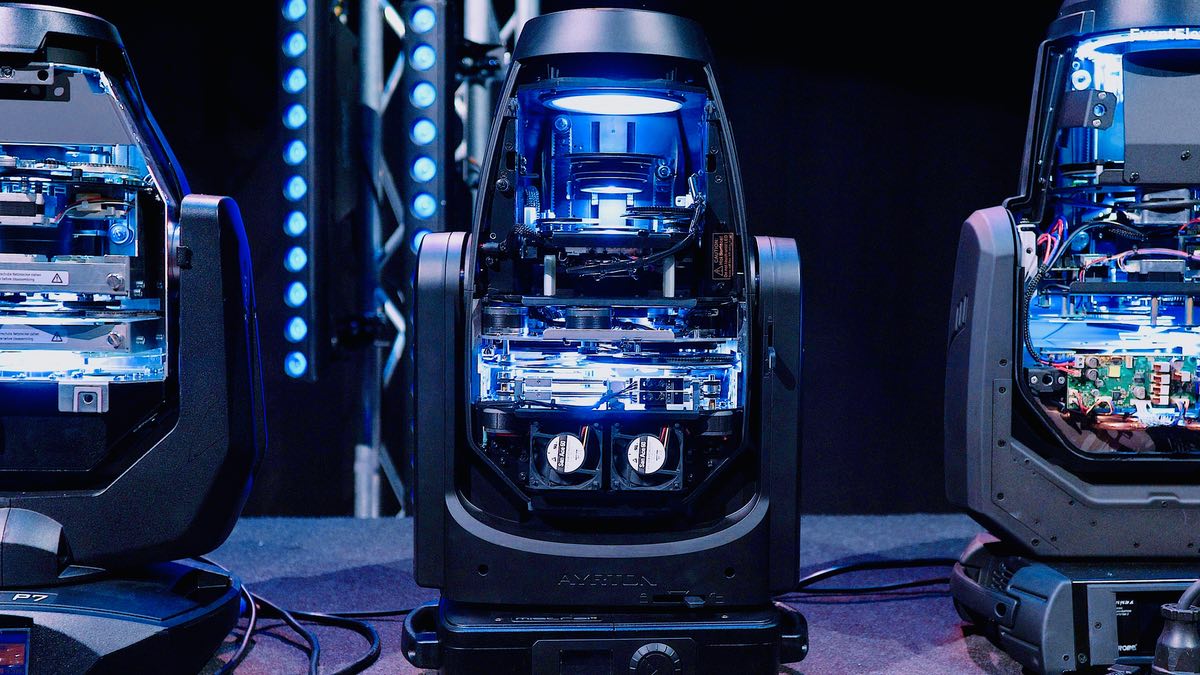 In these times, many companies in the event industry are thinking about replacing their current fixtures in stock from discharge lamps with contemporary LED fixtures. Since this is a completely new technology, users are trying to find out which attributes and values are best to compare the new lamp type. Which parameters could supply the right information needed?

To give you some assistance to decide which fixture will be the best for your individual application EventElevator asked Fabian Oving, scientific assistant at the HAW Hamburg (Hamburg University of Applied Science), to explain which values users can use for orientation when they decide on the quality of recent professional LED fixtures.

Not only the Electrical Power but also the Luminous Power is one of the benchmarks to look at. But when talking about Color it’s not enough to talk about Color Temperature. It’s a good method to measure and compare CRI and TM-30 values.

Lumen is the new Watt

When dealing with discharge fixtures most people talked about the electrical power measured in ‚Watt‘ to get an idea about the fixtures output. In times of discharge lamps it was relatively easy to see what fixture uses which particular discharge lamp. You could easily sort them into several classes. These common classes were known as the: ‚300, 700 or 1200 Watt class‘ and so on. In general, all fixtures in the 700 class had roughly the same output. So it was simple to just compare the common technical functions like Color Mixing, Gobos or Effects.

With the upcoming LED modules having enough power to replace discharge lamps there are now new technical parameters that make the idea of comparing electrical power no longer practical.

Having a 270 Watt LED module today doesn’t give you any information about how many light comes out of this source. Another problem is that some manufacturers use the same engine but have very different optical qualities.

Finding new methods to determine the performance of LED fixtures

The best way to compare LED fixtures is to compare their Lumen Output. The Lumen Output gives a good reference point of how many light is really send out. Important is the fact that some manufacturer only provide information about the lumens of the engine ignoring the loss of output due to the used optics. In some cases there can be a loss of almost 50% when the fixtures output is compared with the engines output.

If you combine the used Electrical Power of a fixture with its Lumen Output you get can get information about the fixtures efficiency. This value ist called Lumen/Watt. It helps you to understand what the compared products really get out of their LED module.

So when talking about the efficiency and the output of fixtures, Lumen Output and Lumen/Watt are good indicators to find out which lamps are suitable for a particular application. Of course these values can be used for every fixture and it’s not important which light source is used. But in case of LED fixtures it’s a good way to make a decision.

The following tutorial video offers you insights about the technical construction of today’s LED moving lights and the Lumen Output.

LED light sources offer many different parameters and their manufacturers offer them too. The values Lux or Lumen are often found in different context as well as Lumen per Watt or the difference between the light engines and the fixtures output.

In general there are two very common descriptions. The first one is the given Lumen Output and the second one describes how many Lux you will find in a given distance to the fixture.

Why is that? The Lumen Output is the most ‚real value‘ to give you information about the actual light output. This value describes the entire light that emerges from a source, the so called Luminous Flux. It’s not depending on a certain Beam Angle or a adjusted Zoom Factor. It’s only showing you all the light that is emitted (1).

A common value is Lux measured in a specific distance. One must know, if a fixture doesn’t have a very high Lumen Output, it’s a good way to point out the Lux value to make it shine on a product data sheet.

Lux is very known in the event industry as it gives the Illuminance and many professionals do work with that. The Illuminance gives the value Lumen/Square Meter at the point where it’s measured (2). Of course the Luminance is depending on the angle where it is measured. Additionally it is very important to consider the distance between the corresponding fixture.

It’s possible to calculate the Illuminance from the Luminous Lux. Therefore the light distribution of the fixture is also needed as not all the light coming out the lens is distributed only in the center axis but is spreaded.

As the distribution isn’t always symmetric or flat a Light Intensity Distribution Sheet is needed (3). As this process is in general complicated to calculate for a general user, it’s not a practical way to compare Lumen and Lux in a direct way.

As the electrical power isn’t considered in these two values but also very important a good way to determine the efficiency of a fixture is to compare Lumen per Watt. That means you put the Electrical Power in relation to the Luminous Flux of the device in order to see which fixture is the most efficient in a test.

When comparing the Lumen Output and the value Lumen/Watt the biggest differences between the current devices on the market will be revealed. It will help you and your teams to separate and identify the higher quality products from the cheap and simple built ones.

How to measure color information of LED moving lights

When talking about the quality of moving lights not only the output is relevant to look at but the light that is emitted too. When talking about the quality of light there are several things you need to know. Every moving light has a light source and this could be discharge, in some cases maybe tungsten and of course LED. Every source produces white light but every source does it in a different way with different results. As the humans eyes are able to buffer or to correct white failures cameras and technical equipment does not.

White is not White

Especially white light is a point to look at because white light always is a combination of different wavelengths in our visible spectrum. For the humans eyes red, green and blue light is enough to see the light as white light. But when looking at it in detail there are many differences. As more wavelengths of visible spectrum are included in the light sources spectrum the colors and impressions being shown by this special source are even better.

A simple example shown with an LED source: Most white LED engines are made of a blue led covered with a conversion plate that makes the blue light turn white. So the spectrum of this source has a lot of blue in itself but less red. If you would compare this to a tungsten source which uses a lot of red wavelengths in its spectrum you would recognize this when lighting up humans’ skins or costumes with purple or red colors in it.

How can we compare our light sources that all promise to create a good white color? In this tutorial video Fabian Oving demonstrates technical aspects on the subject of LED moving lights and their colors characteristics.

What does the CRI value mean?

The CRI (Color Rendering Index) is a first idea that is used by a lot of companies to describe the „good“ color of a fixture. What does this index do? It just picks out 8 colors of the spectrum and compares these 8 colors of our test fixture with 8 reference colors. The maximum value that can be reached is 99. The only problem of this index is that these 8 colors are for example not including any full red or other fully saturated basic colors.

Note: When doing a test with two fixtures they both may have a CRI of 93 but one fixture is supporting red colors as well, the other one doesn’t.

So professional users need a better way to compare. One way would be comparing just the bare spectrums of fixtures and have a look at them but for a quick value this isn’t the best solution.

Besides the CRI and TLCI (watch our Video for more information) there is another comparing value called TM-30. TM-30 is using 99 different color values and promises to use all colors that are common in our nature. After comparing these values the TM-30 offers two results: Rf and Rg. Rg is the gamut index and shows how close the measured values reach to the reference values. The fidelity index gives information about the complete range of colors that can be displayed by the light source. Here some values for example:

Beside this color management often manufacturer offer the Color Temperature to describe the color of their fixtures. The Color Temperature just gives an idea where on the Black Body Curve (shown in the graphic below) the color is found but there is no information how far the point leaves the curve in the direction of green or magenta.

To sum up the basic facts about color it is possible to say that all information about a light source is just shown in its spectrum but the TM-30 is quite a good choice for compare measured results. The color temperature just gives you a direction about cold or warm white light but leaves out information about a green or magenta shift.

In order to check how different the output and the color values of various LED moving lights are, Fabian Oving and his students measured several devices from industry-recognized manufacturers in the Light Laboratory at the HAW Hamburg. They decided to compare the lowest output class (approx. 300 Watt). The following video gives you a quick overview about the results of this comparison. Check out the video and download the associated PDF file.

All results at a glance

Download the LED Moving Light Comparison (300 Watt class) PDF from the HAW Hamburg here. The PDF gives you all results of the comparison at a glance.

About Fabian Oving: B. Sc. Fabian Oving is working at the HAW Hamburg (Hamburg University of Applied Science) as scientific assistant for lighting applications, show light, media servers, lightings controls and measurement applications. After working more than half of his life in the event lighting branch he was studying media technology at the HAW Hamburg while working as project planner and operator for a lot of events and shows. In the lighting laboratory of the department media technology at the HAW Hamburg he is leading student groups through projects and their exams.

About the HAW Hamburg (Hamburg University of Applied Science): Developing sustainable solutions to the societal challenges of today and tomorrow. This is the goal of the HAW Hamburg (Hamburg University of Applied Sciences), northern Germany’s leading applied sciences university when it comes to reflective practice. The central focus is the excellence of the teaching and degree courses. Simultaneously, HAW Hamburg is continuing to develop its profile as a research university. People from more than 100 countries help make HAW Hamburg what it is.

Today 15 professors and 15 academic staff teach two Bachelor’s degree courses and two Master’s degree courses. The Bachelor’s courses teach practically and project-oriented foundations, while students in the Master’s courses can pursue their interests in more depth – for example, in the areas of Games, Sound/Vision or Digital Reality. 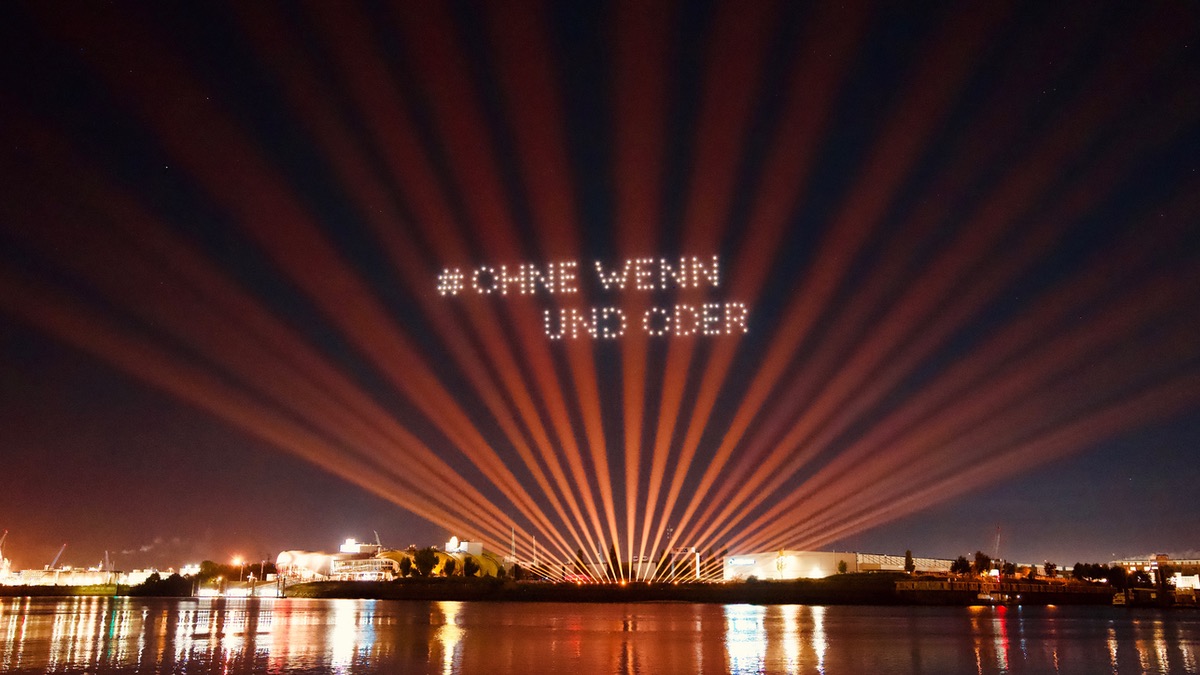 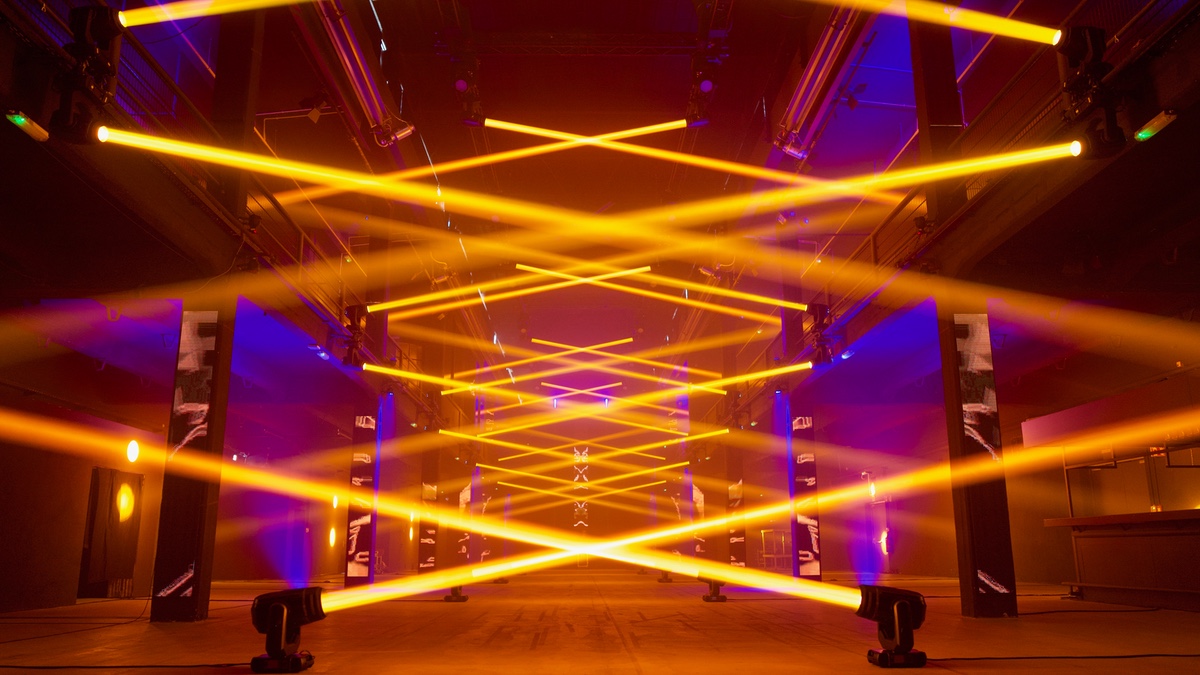 LUX PARTUM Behind the Scenes 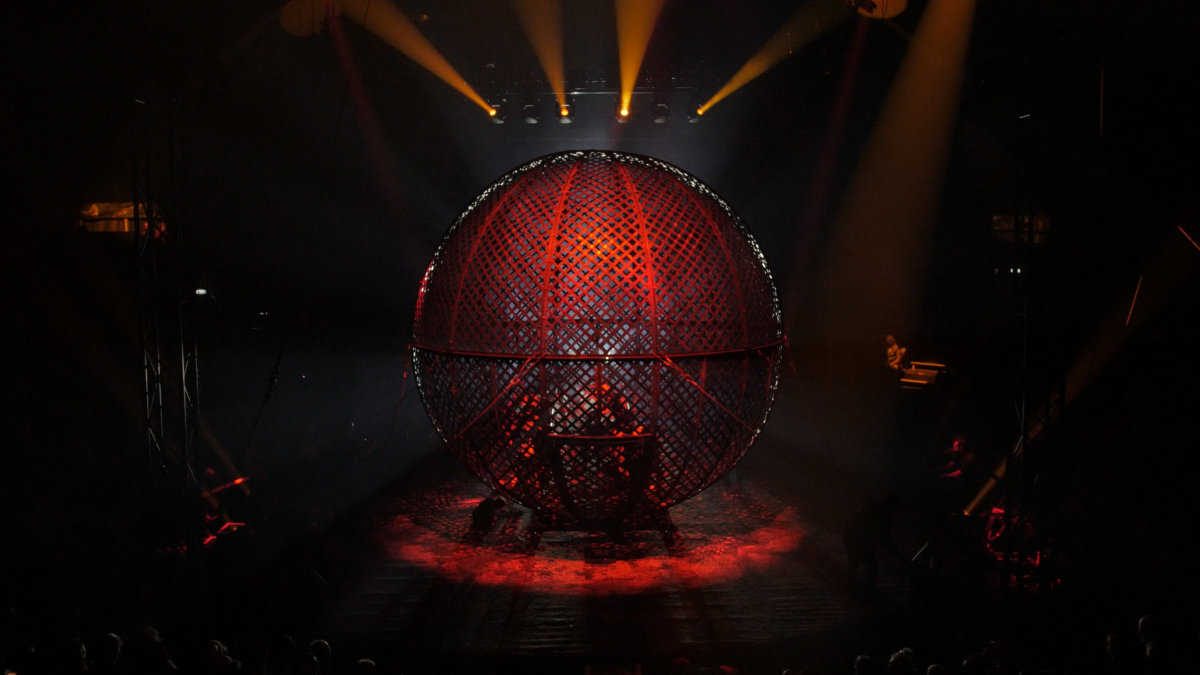